Charitable football tournament for the Family from Winowno - summary

On May the 19th, we played out a charitable football tournament, in which 17 teams made up of firemen took part.

The tournament was organized to help a Family from Winowno, who lost the roof over their heads because of fire. As usual, we were accompanied by lots of positive energy. In the end, the winners were OSP Myszków – Nowa Wieś, 2nd place was taken by OSP Niegowa, and 3rd – by OSP Mrzygłódka. The winners were awarded with cups, which were traditionally brought to us by our wards from Warsztaty Terapii Zajęciowej w Wojsławicach. Mr. Marcin Kowalczyk and Mr. Grzegorz Gruszka were referees during the tournament, we are very grateful for their help.

We also wanted to thank all the participants for their presence, energy and fair-play game.

Thanks to charitable tournament, we managed to raise 4 005,69 zł. All money was directed to the bank account for the afflicted family.

Kropla Szczęścia Foundation is a non-profit organization, which does not take any commission from organized fundraising events, which means that all funds are fully directed to the implementation of statutory aims. 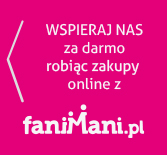